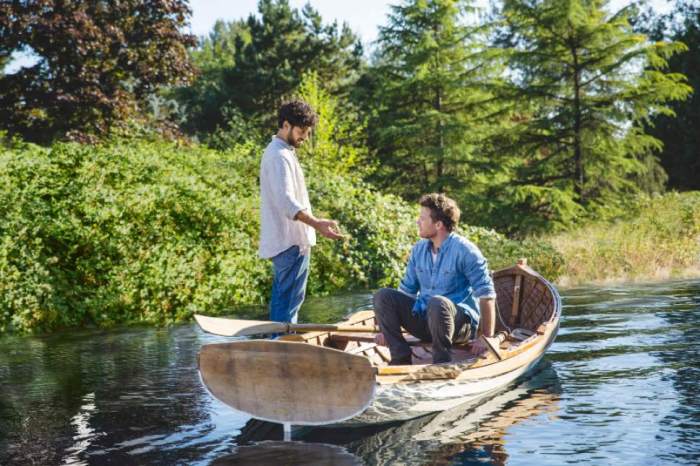 “Although by nature he is fully God, Jesus is fully human and lives as such. While never losing the innate ability to fly, he chooses moment-by-moment to remain grounded. That is why his name is Immanuel, ‘God with us.'”

–The Shack, by Wm. Paul Young

I must say, I’ve read many religious books by many well-known preachers, evangelists, and prophets, but this book is by far one of my favorites in its description of God’s love and relationship through the Trinity. Its truths are pretty profound also, but the heart of this story is where it’s at, not many books really tackle understanding the heart of God in such a way that it’s made tangible to us mere humans.

From that ‘heart’ perspective I want you to put aside all religious luggage that you may be carrying against this book and its views. It was written symbolically by man, a man who I believe had revelations from God, but putting that aside as well, it is one man’s way of trying to paint a picture of God’s love. And let me say, though he did a great job, there isn’t a person alive who can truly behold the heart of God and put it into words we can understand. This book is a window, a voice of hope and if you read it as such, it will change you regardless of what religious background you may or may not have. How? because encountering God’s heart, even through the eyes of someone else, changes you. That’s the kind of love our Papa has for us.

Now to the subject! I really wanted to talk about Jesus, and particularly, how he is portrayed in this novel and in our religious society.  First, starting with his appearance because appearance is where it all starts. When you first meet someone you take them all-in physically, and then through time, you shift your focus more internally. In this novel/movie, Jesus is portrayed as an Arabic man who looks commonplace. I think we can all agree that this is a more accurate portrayal of what the real Jesus would have looked like given the people and place of his origin. And yet we have become so accustomed to the pictures of a long, brown-haired angelic man, handsome, with piercing eyes and white skin. I’m not saying it’s blasphemous to picture Jesus in our own way, but we need to be careful about being drawn by appearance more than by the heart.

I’m afraid many of us wouldn’t recognize the real Jesus if he approached us in a crowd…and this time, I’m not talking about appearance alone. What if we have done more than just made up an image of Him, what if we made up his character also? Have we created a Jesus we wanted to see instead of the Jesus who is the way, truth, and life? Even the Pharisees made this mistake! They didn’t recognize the Son of God even though he was healing the sick and raising the dead right in front of their eyes. Why? They had their own imaginings of what they thought Jesus would look and be like. Where he would come from and how he would work through mankind.

It’s no surprise that people today lash out against opposing views religiously. We all have our own beliefs concerning the heart of God, when that is attacked we attack in kind….the pharisee’s killed the real Jesus. And yet we still make their mistakes today. Clinging to our truth instead of THEE truth, that often hurts and stings and makes us feel vulnerable.

That’s the big problem. We have molded Jesus into something that is more comfortable for us. We don’t want to see a Jesus who looked like any other man just as much as we don’t want to watch a movie starring an unhandsome actor. We made a Jesus who appears appealing just as we have built our church services around appearance and performance. It’s all lights, guitars, and uplifting words, but no heart and soul.

I’m not pointing fingers, I’m just as guilty as the next guy. I have trouble imagining a Jesus apart from the pictures I’ve seen. And when spreading the gospel, I’m particularly wanting to paint my own pictures of Jesus, as the gentle Lamb instead of the Mighty Lion who flipped over tables in his zealousness for God. We don’t serve a “tame” God, nor is His own Son the tame version we have made him be. Jesus was very radical for his time, so radical it cost him his life, and even then he stormed the gates of hell for the very souls that had killed him. It takes more than a good, tame man to do what he did.

So my question to you is this, do we really need to make Jesus appealing? Do we need to create an image of him to draw people in? Do we need to pull people to our churches with free handouts and great shows? The very first churches didn’t have technology, stain glass windows nor towering cathedrals. They didn’t have rocking worship, free coffee or wifi, those components may help create a welcoming atmosphere but they aren’t what makes a church.

All they had was brotherly love and the Holy Spirit. They were a family who wanted to grow, not so that their church pews would be filled, but that more people would share in the great love of the Father. Jew or Gentile, wealthy or poor…sons and daughters of God, loved by Him uniquely and completely.

Jesus is appealing, compelling, and perfect. He is a lion and he is the lamb, a sacrifice for many. What did he look like? He was a human like us and yet he stood out from the crowd. Not that he stood out physically, with dark curly hair, tan skin, and brown eyes. He looked commonplace. And yet people turned to stare at him when he walked by and a question rose to their lips, “who is this man?” His smile conveyed a thousand, “I love you’s,” and his arms were never crossed but always opened wide, inviting. His voice was human but his words gripped the very soul and filled it with longing for a world unseen. He wore sandals on his feet, dusty from constant travel. His clothes were plain and used, and yet there was a radiance about him, like a royal King in disguise amidst his people. His laugh was hearty and child-like, and to stand by his side was completeness. What other man could compare to Him? He was a brother, a teacher, and the greatest of friends.

The unknown Jesus, will be unvieled again.