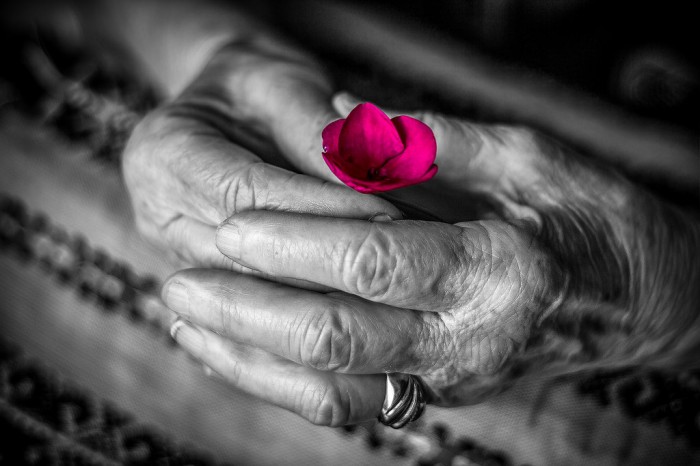 He was clicking his pen in frustration. It seemed like hours had passed like this, with him sighing and scribbling and pausing to look out the window at the never-ending stream of rain. It struck the glass in angry gusts and dimmed the room considerably. Why write at all? I’ve no ideas and the rain is distracting! He thought miserably. This woebegone young man was like many of us, wanting to be inspired and yet finding himself in one of those moments when nothing seems to spark the creative corners of the mind.

He went by the name of Milton, with dark curly brown hair and hazel eyes, that at the moment were quite bloodshot. He lived alone in a cramped little apartment near the city working as an author…or at least, trying. The few books he had written were informative, dense, and well…dull. It was time for a change, and Milton was ready to write his first novel, in an excited rush, he dived for his pen and paper and had stared expectantly at the blank sheets as though they would suddenly fill themselves with the greatest story yet to be told. But as the clock ticked, pen clicked, and rain tapped…Milton’s spirits dropped. What he needed was an inspiration, stories that would awaken his soul to greater possibilities. Have you ever needed that? A story that could bring you to another world for a while…long enough that you might bring back some souvenirs, but not so long that you would wish to stay there.

Milton stretched and left the room in dismay, he trudged toward the phone as he had done before whenever he needed advice he could trust. He dialed and waited, his friend Tom was a small-town family man that had attended his church growing up. Tom was middle-aged now and usually hard at work in his woodshop. As gifted as he was at making rocking chairs, cabinets, and tables, he was even more so at giving wise advice.

Tom answered on the third ring with the usual, “Hullo Miles, what can I do for you?” He always asked it with a smile, or at least, that’s how it sounded to Milton. He shared his dilemma and waited, Tom usually took his time responding as he chewed on what he had heard. “So you need inspiration? You want some fresh ideas is that right?” He finally asked. Milton sighed out a “yes sir,” and added, “maybe I can try the library, I’ve gone there before when I was in a pinch.” Tom chuckled at this and replied, “I know a better place, in fact, it is the best place for you to hear the greatest of stories.” Milton cocked an eyebrow, “to hear the greatest stories?” Tom laughed again as though withholding a great surprise. “How about I just tell you the address of the place, it’s just outside the city.” Milton agreed and after jotting down the address and thanking his friend, he hung up the phone in utter confusion and yet, hope.

The rain had finally slowed to a drizzle as Milton drove on, past the city lights reflecting on the wet pavement, past the people hunched and covered in long raincoats and umbrellas, and past the old church of his youth, standing strong and immovable against the dark and heavy skies. He turned into the driveway of his destination and nearly laughed. He had pulled into Peaceful Meadows Retirement Home. Still gripping the wheel Milton shook his head, “really Tom?” He said aloud. But despite his confusion, he unfastened his seat belt and stepped from the car, his face set and mind determined to carry on. Tom’s advice had never steered him wrong before, so there’s no reason to turn back, yet.

The place was stereotypically what you would expect. It smelled like a hospital but with a more “lived in” feel. Voices were hushed but the place was full of people. Nurses rushed about and some elderly residents were scooting past with walkers or sitting on benches. Milton took it all in as he walked up to the reception desk. “Hi, are you here to see someone?” She asked in a well-practiced chipper voice and plastered smile. Milton smiled back, in a more forced way and replied, “Well, actually I’m an author looking for inspiration. I was told to come here and…,” He looked around as a short elderly lady wobbled past, ” …listen to some stories.” The receptionist blinked at him and then shrugged, “Go right ahead dear, you’re an author huh? What have you written?” Milton excitedly began sharing his books until he saw that the receptionist had clearly zoned out, his voice trailed off and he awkwardly side-stepped away from the desk.

Now if only he knew where to start. He scratched his head and peered left and right down the quiet halls. In his pocket, he had a notepad and his trusted pen, in case he found anything worth writing down. He pulled these out and began walking slowly towards the first open room he saw.

It was the rec room, with tables and chairs set up for bingo night that would take place in a few hours, some laid-back blues were playing in the background, or so Milton thought until he saw that the sound was really coming from a beat-up boombox in the corner. An elderly African-American man sat listening, arms folded and eyes closed, nodding his head to the beat. Milton approached and pulled up a chair, the noise caught the man’s attention, his eyes opened and he smiled, “Hello there.” He said extending his hand, Milton shook it and introduced himself. They chatted for a while, Milton shared his mission and asked, “so, what’s your story, sir?” The man, who Milton now knew was named George, leaned back in his chair, rubbed his chin, and stared up at the ceiling in thought. “Son, where do I begin? I’ve lived a lifetime of moments worth remembering, and I must say, I’ve never had anyone to share them with until now.” He locked eyes with Milton and the inner loneliness was evident on his wrinkled face.

This was the moment that forever changed Milton. This moment, listening to the most amazing and wonderous of stories, a man’s life laid out before him as if it were his own. As if he had walked in his shoes and experienced his sorrows, triumphs, and accomplishments. He told Milton of how life was back then when there was nothing but you and your imagination for entertainment. When dinner was spent at the table surrounded by your family, even if it was only bread and soup. He shared the torment he endured when he was drafted into the Army, how many white people that had started as his enemies, soon became his allies. “A war will do that you know?” He said, clicking off his boombox, “it will erase everything that makes you different from one another, and highlight everything that makes you the same.” After coming home, his comrades kept in touch with him until the day they died. “I lost my last friend, only a few years ago.” He added sadly. “That song you heard me playing was one we would play together in our small town Jazz band.” Milton listened on and on, clinging to every story until the call for bingo to begin snapped him to reality.

And this was just one man, one storybook. Milton had filled his notebook..and had done something else, had put the name “George” on the cover. That night he went to the store and bought more notebooks, and each day he returned to that little-forgotten retirement home, until he had heard every story, every name, and had written every word down. Soon he had 50 life stories, condensed and cataloged on his desk at home. He stared at them thinking I had started out wanting to write my own story, and now look at me! I’ve written 50 others for those who had no voice. How inspiring it was! Milton had learned a valuable lesson as an author. That unless we learn to value the stories of others, we cannot create valuable stories ourselves. How empty they would be, and very dull.

To the overwhelming joy of the residents at Peaceful Meadows, Milton had soon published their stories, in a book titled, Listen and Remember. It became a best-seller.

The rain was falling again, Milton sat at his desk, clicking his pen with bare paper before him. So many stories, so many ideas, of heroes and villains, love and romance, entire worlds to explore swam through his mind. What do I write next? I’ve so many ideas! He thought excitedly. He glanced out the window and smiled, And it’s the perfect time to write, the rain is so inspiring…

This story was written in remembrance of those whom I’ve had the privilege to listen to. My Uncle Herman who told me stories of WWII, Grandma Barb who shared both the joys and hardships she faced growing up, Uncle Cecil who was an avid gun collector, and could tell me the story behind each one’s purchase. I will miss all your stories, told in the way only you could tell them.

One thought on “Listen and Remember”