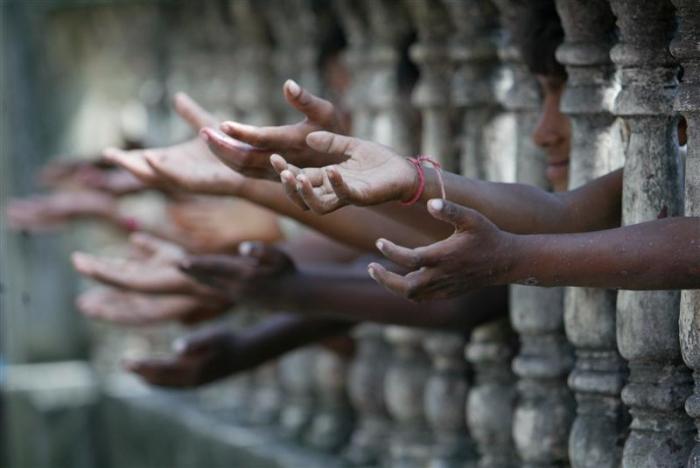 “For with much wisdom comes much sorrow; the more knowledge, the more grief.”

I remember the first time I heard about Human Trafficking, it was quite a shock to know such hideous crimes were taking place right in my hometown. Innocent women and children, seemingly ignored by society, taken away while we hid behind our picket fences and tv screens. I remember feeling the weight of the problem on my shoulders, a shame at having let something so big occur, as if I could stop it.

I vowed to fight the injustice, to make everyone else aware so that they too would feel it’s weight and take action. As time went on I started a group at our church and researched Human Trafficking statistics in America, and in the rest of the world. I bought the documentary, Nefarious: Merchant of Souls and played that to my group. It’s one thing to list the facts, it’s another thing to show real footage of the crime, to put faces to the numbers.

I was impassionated for a few years…as time went on I began to feel that I couldn’t do anything, I felt pulled and torn by other things that needed fixing in this world. And at the end of it all, life took my attention and passion away. But deep inside I still feel the pull because no matter how hard we try to forget, we can’t go back to not knowing.

Knowledge means responsibility. Once we know something, we make a decision right then and there about what to do with that information. Do we store it away in the deep corners of the mind? Do we discard it as useless? Do we meditate on it, and take action? We decide these things the moment we see someone in need. And what we do with the knowledge may mean everything to someone.

“Do not forget to show hospitality to strangers, for by so doing some people have shown hospitality to angels without knowing it. Continue to remember those in prison as if you were together with them in prison and those who are mistreated as if you yourselves were suffering.” (Hebrews 13:2-3)

We are to remember those in prison as if we were together with them! Do you know how many brothers and sisters in Christ are suffering at this moment for Jesus? Every month 160 Christians are put in prison, and 255 are even killed! (opendoorsusa.org) I can’t go back to not knowing that…every month.

So what are we to do with our ever increasing knowledge? In such a world where the internet and media advances have connected us all so much, what can God expect us to do about all the many needs and problems?

Can we pray for every single thing? probably not, unless we truly take 1 Thessalonians 5:16-18 to heart;

Rejoice always, 17 pray without ceasing, 18 give thanks in all circumstances; for this is the will of God in Christ Jesus for you.

It says we must also rejoice and give thanks. I take these verses to mean we are to be constantly aware of God, not necessarily talking His ear off. But talking when something comes to your heart as if He were standing beside you. It’s like being with your spouse or a close friend, you don’t have to talk to be close to one another, and when you do talk it’s a two-way conversation from the heart.

That’s the key to praying, don’t feel pressured to pray for every single person or problem as if your one prayer may be the key to saving them, granted our prayers are powerful, but as Romans 8:28 says;

“And we know that in all things God works for the good of those who love him, who[a] have been called according to his purpose.”

There have been times when I forgot to pray and realized that God had still worked in that person’s life. God works through us, but remember, He isn’t limited in resources to work through.

The next thing we are to do is give.

Ask God what you are to give in time, money, or resources. A tithe isn’t “giving”, it is what we are all called to give to God, giving is what we do when our heart is stirred, it can be a set amount of money a month like a tithe, or it can be a one-time donation. And although tithing is only done through money, when we give it can be whatever we want. We can give food or time, or the very shirts off our backs. We can give talents, and kind words, and we can give knowledge, like the gospel. We all give differently, based on what stirs our hearts and what we are called to give.

The world and its problems wouldn’t seem so overwhelming if we knew that we didn’t have to fight them alone. There are many Christian organizations at work in this world, they do the brunt of the work, they are on the frontlines fighting the good fight. But even they aren’t called to do this alone, every Christian is a frontline Christian. Satan is battling us all, anyone who carries the title of Christian he is out to destroy, we don’t avoid him by doing nothing…by doing nothing, he has already won against you.

There is a reason the bible talks about us wearing the full armor of God, we need it! We don’t wield a teddy bear in this image, but a sword! I believe that many Christians have become numb to the world, they see only what’s in front of them, they tell themselves that because the bible says that the world will get worse, why bother fighting the inevitable?

We fight because it is our call and commision to dispel darkness and bring the world under the authority of God’s kingdom. Jesus said that the poor would always be among us (Matthew 26:11), however, that didn’t stop him from helping the poor anyway. What we do here matters, lives are at stake, and all of heaven is watching us. It is a privilege to give today…in heaven, we will no longer be able to give because everyone will have all they need. Now is the only chance we get to sacrifice, it’s time we rise up and do exactly that. For what is money, or the very man-made treasures we own in the face of eternity with God? The things you cherish today you won’t take with you, it will be swept away with the rest of creation at the end, and from the ashes, God will create something even greater. You will never long for those things again after you enter through heaven’s gates, but you may just feel the weight of regret…imagining all the times you could have given, prayed, helped, healed, said, done…for the sake of those who are most precious to God.

Solomon had it right, he was the wisest man and he knew the weight of knowledge. It brought him pain and sorrow to truly know. And yet he never once asked for God to take away his understanding. He was offered wealth and he chose wisdom over wealth, God gave him both in abundance. Soloman had made the right decision, notice how the right decisions are rarely ever the easy ones.

The Lord was pleased that Solomon had asked for this. 11 So God said to him, “Since you have asked for this and not for long life or wealth for yourself, nor have asked for the death of your enemies but for discernment in administering justice, 12 I will do what you have asked. I will give you a wise and discerning heart, so that there will never have been anyone like you, nor will there ever be. 13 Moreover, I will give you what you have not asked for—both wealth and honor—so that in your lifetime you will have no equal among kings. 14 And if you walk in obedience to me and keep my decrees and commands as David your father did, I will give you a long life.” (1 Kings 3:10-13)

Do your part, play your role…we are only on the stage of life for so long. Live your life fully, so that when the time comes and the curtains begin to close, you can smile and bow in the wake of heaven’s applause, having fully done all that was asked of you with excellence and honor.