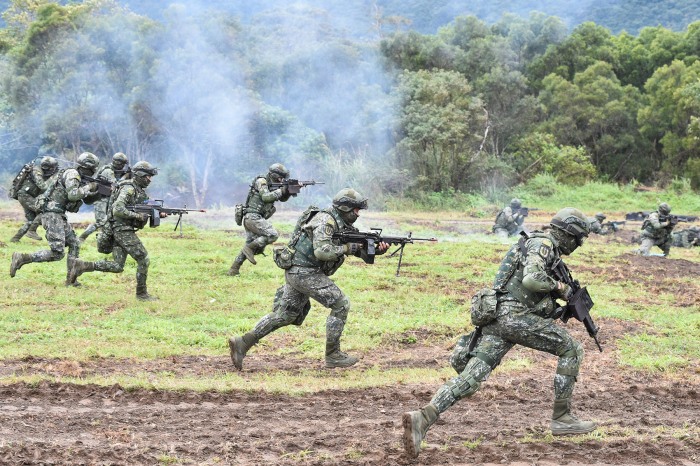 “The Lord gets His best soldiers out of the highlands of affliction.”

As Christians, we have been given a unique perspective. Not only are we citizens of this world but we are also soldiers. When disaster strikes and spiritual warfare is present, we are the ones called to the frontlines. We take off running toward the sound of drums while “citizens” run for cover.

David demonstrated this quite well in his life. Even as a boy he wasn’t just a shepherd or common citizen. When spiritual attack came in the form of the warrior Goliath, David was elevated to a whole new level. He became a mighty warrior, and yet, even still, to the world he still appeared ordinary, not even big enough to wear King Saul’s armor.

The church needs to come alive and recognize that we aren’t in retirement or in a time of peace, a battle is still being fought and no one is exempt from the fight. I suppose you could say that if you’re a Christian, you’ve been drafted into this ultimate war where the victor is already decided and He has allowed us (given us authority) to share in His victory!

We are citizens of another realm, another Kingdom. Citizens of a world in which we have opportunities to be the love of Christ to those around us in our casual day-to-day. But never misplace your battle armor, keep it polished and cleaned, hanging on your wall as a daily reminder, that at any moment you may be called to fight.

The moment you hear that a friend has cancer, when disaster strikes (natural or not), when someone is going through loss, when you are called to pray over persecution in a region or against poverty, when the Holy Spirit points out something dark in the spiritual realm affecting someone’s heart, family, finances, etc….

How do we fight? Through prayer, fasting, praise, worship, teaching, serving, and giving. I do not believe that God will call us to take up arms, literally. The battles that matter most to Him are in the heart/mind not flesh against flesh. And we have no greater weapon at our disposal than His great love.

Love trumps hate every time. And not the worlds love, His love. It dumbfounds the wicked and gives hope to the oppressed. Jesus is the greatest message of love freely given, and it is through His truth, the gospels, that we wage war and stand victorious.

And so, brothers and sisters, are you ready to fight?