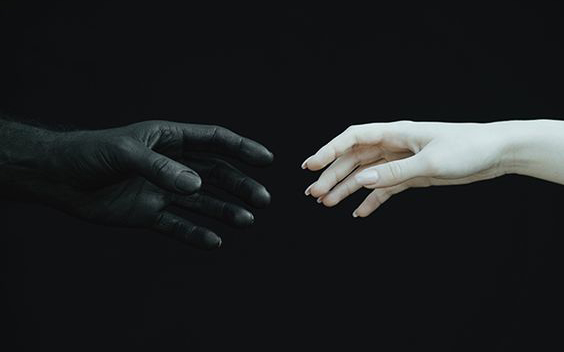 Do you know we are in the business of rescuing villains?

Truthfully speaking, we all fell when Adam and Eve ate the fruit and therefore, we are all guilty and equally worthy of death. “For the wages of sin is death…” (Romans 6:23).

Jesus didn’t die for the innocent, he died for the wicked. He died to cleanse away the dark stain upon our hearts. He died for those spitting and mocking him just as much as he died for the disciples who realized only afterward who Jesus really was and why he came.

We are villains who have been redeemed and now seek to redeem the rest of those still clinging to darkness. Still lost in the night. But surely there are those who are more worthy of death than us? Surely, we weren’t quite so dark in comparison to thieves and murderers?

First, this question doesn’t apply to our present state. As we accepted Jesus, a new creature replaced the old. An evil thing died and a pure thing was born in us. The Holy Spirit is God with us, and in us…He is the one perfecting us and convicting us daily so that we never awaken the old dead self again. That is why the phrase “I’m just a sinner”, or “I’m only human”, leaves a bad taste in my mouth. As new creations, we are freed from the chains of sin and with the Holy Spirit within us, we are more than merely “humans.” At least in the context of our actions, there should be another power at work within us.

So today, if you truly believe and have been washed clean then yes, you are no longer guilty of such crimes nor comparable to those who are still very much lost and under penalty of death (by choice).

Second, my answer is that God never said one sin is greater than another except for blasphemy against the Holy Spirit. A crime that discredits the works of God and glorifies the works of the devil. It is a tactic satan was first guilty of in the garden when he called God a liar, a term that only applies to the devil, the “father of lies.” (John 8:44)

To God, any sin is an act of rebellion and treason against righteousness and justice, or in other words, every sin separates us from Him irreparably outside of grace. Therefore, if you have lied, even just once, you are a liar. If you have looked upon a woman lustfully, just once, you are an adulterer…the list goes on. Now, with this in mind, if you were never cleansed of your crimes, how great would the list be?

We proved ourselves villains, rotten to the core, in this….when God came to live among us in the flesh, we killed him. Surely, we weren’t friends of God.

It may sound harsh, considering there were those who didn’t swing the hammer, didn’t force the crown of thorns onto Jesus’s head, those who mourned and cried out for him to be saved. And yet, Jesus died for them too. In fact, he died for all the pagan people and those who had yet to be born, you and me.

He died for his mother, his brothers, his disciples…his people. He looked down from the cross at them all and said, “Father forgive them for they know not what they do.” (Luke 23:34)

Standing before God is different than standing before the world’s judicial system. And both the Bible and society talk of earthly punishments varying based on the severity of the crime. I personally believe that although all unrepented sin leads to death (hell), the severity of one’s unrepented crimes will be punished accordingly in the afterlife.

Just as our rewards will differ in heaven, so will the level of punishment in hell as Jesus stated in Luke 12:47-48: “And that servant who knew his master’s will, and did not prepare himself or do according to his will, shall be beaten with many stripes. But he who did not know, yet committed things deserving of stripes shall be beaten with few…”

If we can store up treasure in heaven, I’m sure the latter is also true. That we can store up for ourselves punishment…but at the end of the day, even the richest person in hell is still in hell, what difference does it really make? Hell, in essence, is “hell” not because of fire and brimstone…no, what makes it hell is the complete and utter absence of God’s presence. Something that even the most lost, poor, broken parts of the world are not without. Think of your loneliest moments, even there God was still watching you, waiting for you. No one knows what it would be like if God completely withdrew Himself and you were locked away far from ever feeling His warmth, light, joy, and hope ever again….that is hell.

Who would be there to save you? Who would be there to comfort you? All the protections you took for granted against the evil of the world and the works of the devil against your life, they would be removed and you would be vulnerable, stripped bare before a very angry and resentful satan and his demons for all eternity.

I don’t say this to frighten, in fact, I long only to make the point that all sin “earns” death (hell). And true repentance is available regardless of the crime one has committed. In my heart, this doesn’t seem fair…that is because I live in a world where mercy and grace must be equally earned. You’ve heard people say, “you have to earn it!” whether they are talking about trust, forgiveness, freedom, or the clothes on their backs…very few things in life are given freely.

Grace is a gift, and the only way we receive it is through repentance. So long as we have to free will to truly repent then we have the free will to truly receive all that Christ paid for on the cross. It defies “fairness”, which if we were held to that we would all be dead anyway, that would have been “fair.”

We, therefore can’t question who is worthy to receive a gift because that puts the giver in question. Do we really want to question God’s judgment?