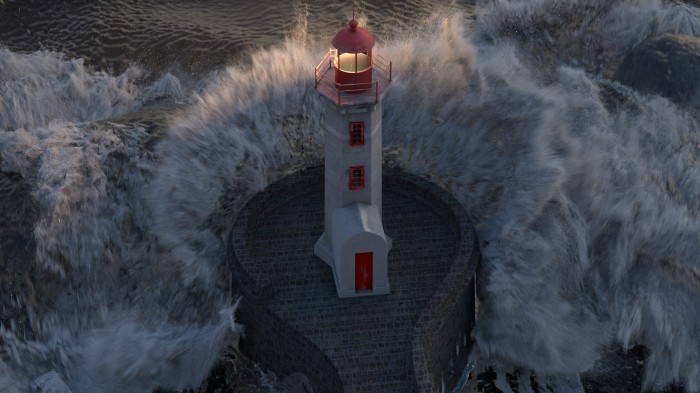 “Heaven is reality itself. All that is fully real is heavenly. For all that can be shaken will be shaken and only the unshakable remains.”

Many familiar faces were already holed up in their homes, most likely watching our church live stream. And yet, I was pleasantly surprised by the number of those who came, despite the overwhelming fear gripping the country and the entire world at this time, we still stand together as one.

Perhaps it was the president’s declaration that today would be a day of prayer that stirred us to action, that encouraged our brethren, both young and old, to take a leap of faith. Or maybe, it’s just in our blood, we don’t cave in to the enemy so easily. We don’t bow to fear.

Our enemy can take any form and yet he is still powerless in the name of Jesus. Just as John G. Lake amazed the doctors by his miraculous faith during a plague in Africa (the germs died just by touching his hands), so we can hope to exercise that same faith in our lives today.

Moments like this, that shake the nation, are opportunities to show just how “unshakable” our Jesus is. I’m not telling you to go out searching for ways to contract the virus or to be careless about hygiene to prove your point. Noah had to build the ark to survive the flood, and sometimes we too must take physical measures to protect our homes and families during times of attack. However, whatever we do mustn’t be driven by fear or worry.

Let’s face it, at what point does physical preparation pass over into obsessive fear?  The truth is, there is only so much we can do to fend off an unseen enemy. I believe that is the heart of the world’s terror, is that it’s unseen. A strange thought, considering that our shared foe, the one behind this virus and all other destructive forces, is unseen and quite actively attempting to destroy us all.

There are people shaking in fear over this virus, meanwhile, they are already quite ill and tormented by demons unawares. The greatest afflictions are of the heart and soul. Can mere medicine mend such a thing? No, only Jesus. He is our Healer.

And yet, I see our brothers and sisters saying this is an act of God. Quoting scriptures from the old testament that no longer apply today that support an angry, unforgiving Father who sends plagues and disaster on His people in order for them to repent. I can’t help but get fired up when I see such things, and that is because they are dusting off the old covenant that God has clearly replaced with the new.

Jesus took on the full weight of our sin (for all time!) He is enough! God has given up His authority, has decided to work through us, the very ones that Jesus paid for and restored power to so that we could take a stand against the enemy and fulfill God’s will which is, ” on earth as it is in heaven.” (Matthew 6:10)

I believe this not just because I trust God is good, but because I honor and value the very ones that have died. The tornado that hit Tennessee earlier this month, killing (at least) 24 people, and now the virus, killing significantly more (couldn’t find an accurate count). Do we just sit back and say, “it was God’s will that they died, little children, helpless infants, tearing families apart.”? Do we just fold our hands to sleep or do we pray against this blatant attack from satan?!

When we take the stance that God is behind all of this we excuse ourselves from doing anything to fight it. How can we reach a lost world when we have such disregard for it?

I’m sorry if it seems like I’m beating a dead horse here. I know that lately, this topic has been flooding my posts…I just feel so strongly about it! To end this discussion once and for all (possibly) I want to remind us that we have been given the mind of Christ (1 Corinthians 2:16). If something feels wrong/off in your spirit, then it probably is…death, destruction, suffering, pain, loss, all feel wrong in my spirit. Tell me, can such things come from a good God?

As a church, it’s time to re-evaluate what we believe and how far we are willing to defend those beliefs…the world has enough confusion and the least we can do is make it simple. In Jesus there is hope. And I pray that we will all stand together during this time and remind the world what we believe. That we will pray against the enemy and not fall prey to fear! That this virus will die when it touches our land just as it died in the palms of John G. Lake. It’s time to turn this attack against the devil and send him running!